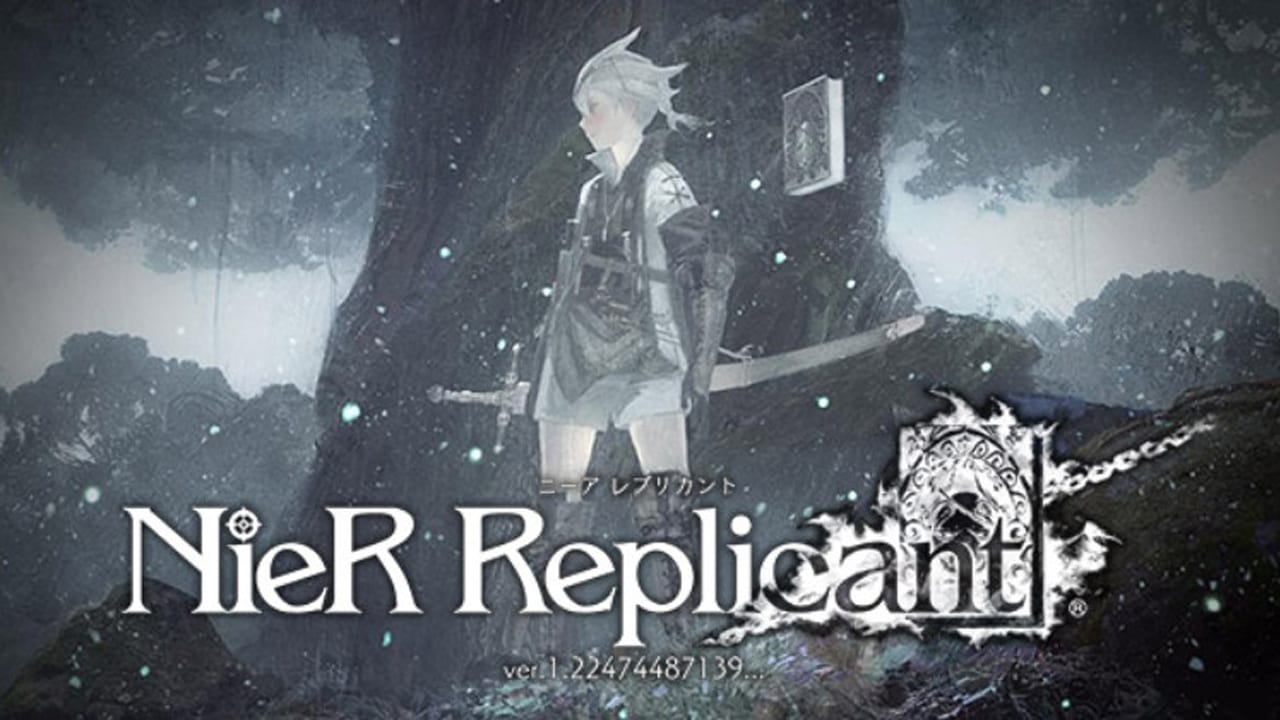 There’s two kinds of people probably interested in this remake those who love the original and want to see some of its rougher edges sanded down a little bit and those who have either played or heard of Nier Automata and want to know.

What the deal is we at game ranks we actually all played the original game on the xbox 360 when its status as a classic started to build up. So we do have some history with the series the story at least at the very start is very simple. You play as a kid who’s watching over a sick sister named yona who’s been afflicted with a strange disease known as the black scroll he goes on a quest to discover the way to cure her and on the way you’ve got to fight all these strange monsters called shades.

Early on in the story you find a bookthat gives you the power to fight these things.
The main goal at first is to collect the sealed verses which grant you new powers.
The eventual goal of the game is to hunt down the shadow lord the supposed leader of the shades.

If you think it all sounds pretty standard at this point you’re you’re pretty much right story begins as kind of a cliche JRPG plot. Before slowly revealing itself as something more interesting hard part is that the opening sections of the game are definitely at slowest.

I mean you’re gonna find a lot of fetch quests a lot of backtracking. It’s not a ton of stuff happening. I’m not gonna say that it’s bad but it’s definitely the slowest part of the game bosses are definitely a highlight. Outside of those it really takes a while for the game to build up steam.

However it gets a lot better important thing to note is that this remake really accurately captures the experience of playing the original game in terms of story and structure. It’s basically the same so don’t go into this one thinking that the original game has been reworked to be more like automata in structure it really has not the slow opening dozen or so hours. It’s a faithful recreation for better or worse there are some new things to experience if you are a veteran of the original but we really won’t go into any of that here.

The main thing we want to emphasize is that if you’re coming into this game after your automata and just play it for a few hours and put it down thinking this is nothing like Nier Automata Replicant just stick with it. The good stuff’s coming unlike automata which starts out relatively bizarre and only gets crazier as it goes along nier replicant hits you with a confusing opening and then spends a long time as a normal JRPG and then totally subverts those ideas much later.

The original nier automata in terms of movement and believe me coming from somebody who actually does like the original game which I do this is a huge improvement like this is the one thing. I would have complained about probably endlessly if they had not changed. It because automata replicant such a huge step forward in terms of gameplay experience on top of the really innovative storytelling and that’s what we’ve got here.

It’s very good you can dodge you can do air combos you can dash. It’s probably the best
edition so you can get through some of the most barren environments a lot quicker than you could in the original. Outside of combat there’s a few things that you can do like fishing which is very basic also farming which outside of being an easy source of money isn’t super useful and there’s not a lot to it.

It’s there otherwise the basic gameplay loop is pretty much the same you take on quests you beat up enemies. You collect the many crafting and quest specific items lying around like there’s dungeons but they’re mostly linear it is not legend of zelda with intricate puzzle-themed dungeons or anything.

There are overworld areas and towns to explore in towns the npcs are gonna offer you
side quests most of which are very basic like go here get 10 of something and bring it back type thing.