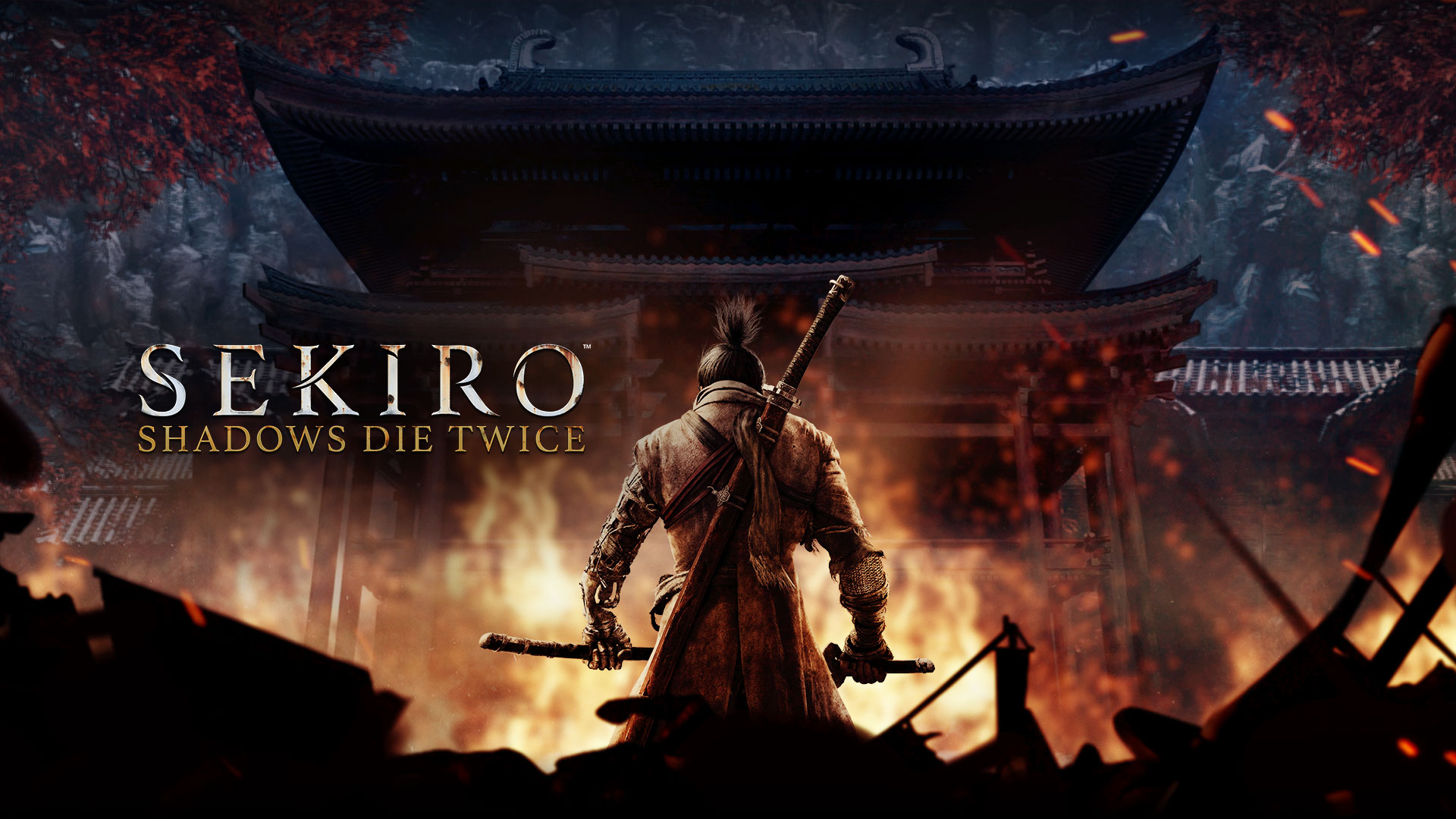 Home Reviews All You Need To Know About “Sekiro: Shadows Died Twice”
Reviews

All You Need To Know About “Sekiro: Shadows Died Twice”

Sekiro Shadows Died Twice is more of a focused affair than a Dark Souls game and is a step in a completely different direction.

You play as a named hero that you do not create and you follow him along his adventure RPG elements are toned down in favor of a fast skill based combat with a massive freakin move set and a really steep learning curve it has the DNA of a from software game but it feels different.

It’s a freaking awesome game you play as the man nicknamed the wolf he’s a shinobi warrior caste with protecting his young Lord after swearing an oath.

Of course you know in video game fashion your lord is kidnapped by this bad guy and he chops your arm off you’re left for dead you then awaken with an ancient prosthetic arm to aid you in your quest and you set out for revenge while also just learning more about previous events in the wolf’s life.

It’s really similar to storytelling you’d expect in souls games you know lots of creaky Krusty characters that mumbl some dialogue to you but there’s more of it and there’s a mostly straightforward tale here that is fun to follow and doesn’t really lose sight of things.

I really liked that the game’s default language is Japanese with subtitles it totally works over the game it just helps the mood really feel. I don’t know legit it’s the Sengoku period of japan’s history and there are some references to real things which is pretty cool but of course things get crazy and weird and over-the-top pretty quickly.

The aesthetic is really interesting like a war ravaged region where everything is either beautiful with fall trees and bamboo and ancient buildings but also dark and wet then covered in blood at the same time environments do feel very large sometimes probably to give you room for all of your abilities but many areas progress fairly linearly thankfully there is wiggle room in the freedom.

So if you’re stuck hitting a wall and maybe you can’t win or progress you can go elsewhere sometimes and try something else especially once you get the ability to travel and also progress through another time line simultaneously it’s not as confusing as it sounds though don’t worry. I think this absolutely works and it’s one of my favorite aspects of the game but really though.

The biggest thing I love you’re here for the combat and the challenge and don’t worry it’s certainly challenging if you can’t tell. I despite having so many tools at your disposal you know tons of maneuverability the ability to resurrect yourself after a death Sekiro shadows die twice is really goddamn challenging it’s so satisfying though.

I got to try and take a crack at it and explain why you have so much control over combat dying feels completely not but most of the time you know like if you get slam dunk by an enemy.

You usually immediately realize why I should have used this ability here that I should have dodged here instead of block or didn’t time a parry quite right or there’s just a move you haven’t figured out yet that works in that situation and when you do figure it out like when you get that aha moment.

It’s so liberating and feels great giving the player like this whole new rush of endorphins we’re in a Dark Souls game you’ll get it from the thrill of trying over and over and getting abused and getting better and overcoming sekiro shadows die twice has this but adds more emphasis on using your brain and thinking quickly.

It’s about knowing in depth all of the systems of the game kind of like having your own little tool belt in your head while you’re playing it can still be absolutely oppressive at times but it never feels unfair for the most part I mean it might sometimes cuz you’re pissed off but you’ll usually come around surprisingly quick with the combat.

It’s really the posture stuff exchanging blows with enemies you know even blocks every clash means something and you’re working to degrade an enemy’s posture once you parry enough times or do the right thing you break their posture and get them to kind of stumble their defense and then you can give a cool finishing blow stab with your sword harder enemies and bosses often take more than one blow kind of changing up your approach but even just a single fodder enemy can kill you really quickly.

It feels so good when you when you see one you clash you parry right through them and a finishing blow in one hit just in one fluid motion. It just makes you feel so cool and to that the Meharry move allowing you to kind of stomp their blade down on a forward thrust.

Then open them up to another finisher or you know the ability to break their defense and then leap behind them and stab them in the back that’s only a small pace of the huge amount of abilities you can unlock.

The prosthetic arm abilities that you can unlock those are more like story environment progression based unlocks my favorite has been the trick axe that you can kind of fling out and break through a shield enemies defense but you get all kinds of abilities not even related to your arm you know eventually you get like a sliding attack thing grappling hook attacks and and a lot more but really going into uncharted territory for the first time is where the combat and difficulty really shines power through knowledge.

The key here and it really shows once you start to like learn and master all of the different situational combat abilities.

I’m still awful at the game I’m not gonna lie to you guys but I appreciate the hell out of the combat that emphasizes keeping yourself composed you know occasionally your jumping and flinging around because you have to.

There’s the moments where you’re standing still being conservative and waiting for the right time to strike the fun in the journey is really learning all this sub-bosses sometimes even feel like the most amazing struggle themselves and then the main boss is even more so sometimes a lot of the bosses encountered feel like so far they start amazingly daunting.

Once you focus yourself and figure it out and learn the patterns and then of course know your combat skills they become far less scary sub-bosses feel designed to kind of like teach you a new trick oftentimes a you know a new way to approach or think about enemies or use a skill you unlocked.

It’s great when it all really clicks you feel so damn awesome also if we’re talking about controls real quick huge props to them for including a button that you hold to suck up dropped enemy loot nearby and currency and stuff it’s kind of like absorbing souls and Onimusha.

I just really appreciate that progression is surprisingly deep man I mean despite them kind of scaling back on RPG elements there are a lot of upgrades you can do the your prosthetic arm provided you have the materials and the money do so considering you lose a big chunk of that when you do die there are a lot of active and passive things to unlock to the tree is impressively large and the game does a good balance of teaching you some of the depth without really holding your hand too much.

Earlier the game could still be oppressive but you get the basic decency of having an undead samurai to like train your new moves with I just appreciated that the only area I’m really disappointed in is performance we pick up the ps4 version and even on ps4 Pro the frame rate is really subpar.

It’s unlocked but it teeters between 30 and 40 often all over the place though if you have the choice I’d say don’t make this mistake we did and try for the PC version because at least that’s 60 FPS and for a game like this I would love for it to be 60fps on consoles considering even graphically it isn’t much of a looker.

It’s not like super intense it actually looks a tiny bit old but art design wise like just visual style it’s still really beautiful art design absolutely makes up for it because the enemies and the environment they’re just really really cool designs Cheers out of the drunkard in particular is just like really over the top design ultimately though I think second row is a fantastic game it’s a learning experience.

It’s a fun one at that you learn to be a badass while also jumping and climbing and sneaking your way around there are a lot of surprises along the way and weird moments and set pieces but cool bosses that are just so satisfying to defeat that it makes it all worth it the challenge and the combat learning curve is steep and not for everyone.

I’m serious here but I think even if you didn’t maybe completely like the souls games give this a try it’s got a bit of a different feel to it like I said. I loved it the combat scratches a different type of itch and if you’re an older player who likes like Bushido blade and appreciated stuff like that there might be some things you pick up on here that you might really like. What is your views on Sekiro shadow died twice? Have played the game or willing to buy one, let us know in the comment box. 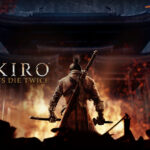 Top 25 Free PC Programs Every Gamer Should Have

Keep up the good work