Devil May Cry 5 is a triumph of video game combat, that freedom challenge and flexibility make it so unique for a hack-and-slash game of this style. There are three characters you play through, the game’s sometimes for story reasons, and chapters you restricted to one character other times you have the ability to just choose which one you want to play. So, let’s break them down.

Nero returns from Devil May Cry 4 and he pretty much retains his charm despite you know initially coming off kind of like a rebranded Edge Lord. he’s pretty likeable and his badassery swims just underneath the cringe line. combat wise he’s a bit more deliberate and methodical of the group.

He’s only so mobile with simple dodges and jumps he has a Red Queen sword. He can rev up with more power the Blue Rose revolver to blast enemies around and hold for charged shots but the big thing of course is the devil breakers. He no longer has a devil arm now he has a gadgety arm with a bit more variety. The devil breaker system might seem like a gimmick at first but it really adds an impressive amount of variety to Nero’s combat.

But there are tons to buy and equip between missions and just fine and pick up in the world now. They are expendable, they all have various uses some Electrify and stun enemies some fly around Libyan punch and he can even ride on one like a hoverboard. They’re ridiculous but also really strategic they often work like the push-pull mechanic of the arm and Devil May Cry 4 but with some nice twists.

You can do a use or hold the button and do a stronger use that is often expendable plus if you get hit while using your arm abilities it will break so there’s there’s like a big risk reward to consider the only way to use your other ones in your inventory are to use up or self-destruct.

The one you currently have equipped in your slot so the game really pushes you to use them all pretty recklessly just kind of experiment and have fun and I appreciate that next up Combat character wise there’s the newcomer Z his combat is the simplest but it also serves as like a really nice little palate cleanser.

You know a breather V hangs back from the battle and controls demonic spirits the melee attack button and the shooting button both serve as individual command buttons for each creature.

You really only dive in as V to finish enemies off with a fatal blow he can also summon like this big lumbering golem called nightmare that kind of sucks but it can help out in a pinch now V stuff is not as challenging as the rest and it is.

Nowhere’s near as precise as the combat for the other characters but like I said it’s a nice change of pace and it’s not overused either it does not outstay its welcome now as a big Dante fanboy I’ve been obsessed since when Devil May Cry 1 originally released back in the day. I am so happy that he gets his time to shine and once again pretty much steals the show even more so that a Devil May Cry 4.

He plays pretty close out Dante always has, but he has a drastically bigger Arsenal thing you can swap between up to 4 guns and 4 melee weapons on the fly and mid combo there’s even more to that it’s all insanity I’m not gonna get into all the weapons but you know for spoilers sake. He does have devil trigger he has ebony and ivory.

He has his trusty shotgun various different swords throughout the story but the Cerberus nunchucks make a welcome return with stance changes that trigger them into different shapes same goes for the hand-to-hand Balrog a weapon you can kind of trigger them into different positions but the biggest one for me is the new weapon of the cavalier. If you’ve seen the trailers it’s the big motorcycle hand saw things.

Now I’m not the one who usually goes for like the big heavy gimmicky weapons and games but these things are so damn off in combat and they flow so nicely thanks to timing your button presses.

It’s satisfying to use and perfect to switch mid combo to just finish an enemy off with a long sauce wipe on top of all of this Dante still has his other stance changes from previous games like emphasising one area in a trickster gunslinger sword master Royal Guard. This adds yet another layer not only because it gives you you know new little abilities to grow as you spent orbs on them but because it changes up how you use certain weapons – again it’s insane.

It’s easy to have fun but there’s always plenty of room for like extreme skill based mastery if you want to take it there it’s it’s just a lot of fun like in other Devil May Cry games this one is completely straightforward. Feels even more combat based than ever you pretty much walk straight come to an open area a battle starts you kill everything.

The Red Gate blocking you opens up and you move forward rinse repeat combat is the name of the game here there’s nothing else really other than a few platforming sections that had my bother some people.

I don’t know but for me the fact that combat was so deep challenging and the main focus here I didn’t mind that the environments got kind of stale about halfway through the game they all started to look like the same gross bloody demonic hallway. there’s some variation but I was over it and honestly I expected more especially because the game looks so so damn good it’s on the Resident Evil engine that powered Resident Evil 7. The Resident Evil 2 remake and goddamn does it make everything look good even.

If the environments did get a bit stale characters look incredible borderline uncanny valley Dante and Nero’s facial expressions in particular are really advanced and the game is just so nice to see in motion Big Ups to them for including a photo mode.

Red guard city with a new gross powerful demon king at the top of it so Nero teams up with mechanics weapons master, Nico to get revenge for his arm and maybe figure out what’s going on and of course it gets a little more complex once things get rolling especially when Dante gets involved there are a couple of cool boss battles and it’s pasted nicely with cutscenes before and after every mission pretty much what you’d expect if he played one of these games.

Ultimately, I was left wanting more first and foremost it’s way simpler of an affair than Devil May Cry 4 which isn’t necessarily a bad thing there are far less gigantic lore stuff Devil May Cry 4 had a ton of characters here it’s way more simple the cast is really small. but the problem is the game didn’t do a good job of making me care about the new characters halfway through the game kind of forgets what to do with Nico.

I feel like V ultimately felt unexplored and had wasted potential now don’t get me wrong there are some incredible revelations in the story two or three big things one of which has huge ramifications for the series as a whole but it just felt cut short it felt like just when the game was getting somewhere it was over I’m not unsatisfied by the ending completely.

I just want more, I want Devil May Cry 6 now and I want to not take years and years of waiting I know I’m greedy but the foundation here you know the combat and the new changes and the story going forward are really really exciting for the future of the Devil May Cry series. Man, I’ve seen people be a little weary that it’s a bit-on the shorter side it didn’t feel too short to me. I think if you’re a purist anyway you need to play through it at least twice the combat is deep enough for it.

The first play-through is far too easy son of Sparta mode the next difficulty you unlock after normal is a bit more of a satisfying experience if you’re really hardcore they’re also adding bloody palace in an update down the line.

If you’re new, I’d say at the very least maybe catch up with DMC three or four or really just after watching this post and get yourself acquainted with Dante and his family drama. 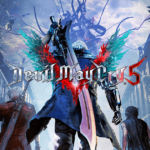 All You Need To Know About Resident Evil Village–