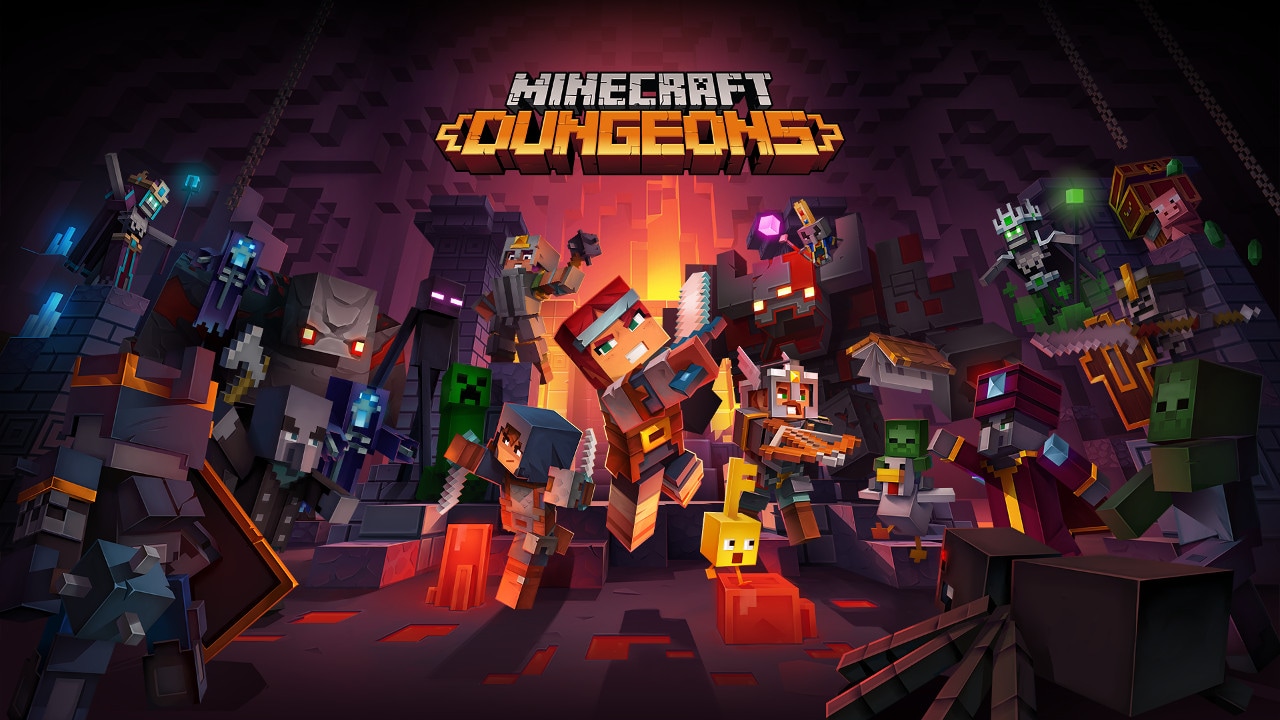 Home Reviews All You Need To Know About “Minecraft Dungenos”
Reviews

Minecraft dungenos is kind of like the logical next step for Minecraft in some ways you know it is a geared towards younger minecraft fans sorta but it’s still a creative spin on the series you know more so I think than the telltale story mode thing this just has that minecraft feel you know it’s still vague enough in spots to let you use your imagination to fill in the blanks from graphics to the music and the general vibe.

Minecraft dungeons is all about hack and slash your way through some surprisingly long levels with an attack button there’s a ranged attack on the trigger a limited dodge and in all kinds of mapable loot and abilities and stuff at your disposal it’s extremely simple. I think there’s just enough there to still make it compelling and make you pay attention as you’re playing like you don’t you’re not gonna fall asleep especially considering the way the loot itself works you pick up stuff all the time new weapons new armor sets limited potions that act as buffs and special items that have cooldowns some add new effects to your bows like you know you have a quiver that gives you fire arrows some are just magical buffs some or AoE attacks or push away attacks or maybe a temporary speed boost or even a summon you name it they actually thought of an impressive amount of variations on items that can change up how you play.

I really like the way the artifacts work there’s also a multiplayer focus of course either drop in co-op with a controller or search to play with other friends online and the game is certainly designed for it you know things get pretty chaotic and there ends up being a lot of complex bosses and crowd control enemies everywhere.

Minecraft areas areas are more detailed and more specific with different types of weather effects way more foliage stuff like that you’re in swamps you’re in snowy areas you’re in coastal towns with docks spooky caves ancient tombs and stuff that just kind of really meshes with the Minecraft lore and vibe really well you can say the same thing about the music. It’s almost the same thing as the original minecraft game it amps up four bosses and stuff in new and unique ways but it kind of just all fits right in you know what I mean.

The enemy types are really fun to fight there are the standard minecraft enemies you know like creepers still give me PTSD from the old days of playing minecraft alpha on my PC but now I’m kind of happy to kind of like wreck them yeah it just feels really good to help them with arrows and magic and stuff but then there are like some nice new spins and takes on creatures and things in the Minecraft world that really fit in here some things you encounter you just expect they were already in the traditional Minecraft game if you didn’t really know any better. I think that says a lot I think that says that they did really good work here with this game and like I said I like how it works as a minecraft property more so than just a telltale or like other little spin-off.

things like that this here really fits right in the only thing is that I wish it really was more in sync with the standard minecraft game. I wish there was some way to like translate things from one to the other like skins or maybe even incorporate some sort of building elements you know the game doesn’t really have a lot of that you can’t interact with many blocks out in the world I would love to be able to have more opportunities to manipulate the environment at least from what I’ve seen so far in the game there’s not really much of that you know like how Lego games kind of work with like building and bricks and stuff. They embrace that I wish that minecraft dungeons did something like that in a similar way.

Well that make sense either way though there are three difficulty levels there’s normal there’s adventure which is harder and then there’s apocalypse you have to earn those though you only get normal at the start but then in your game each mission itself has a difficulty slider so bump it up if you’re higher level and you can handle it and you reap a bit more rewards I enjoy this because the game might feel simple and not too challenging by some for the most part there were a few bosses I hit that felt like pretty big surprising difficulty spikes.Have you played Minecraft comment down below if you have played or looking for playing minecraft. Let us know –

All You Need To Know About “Apex Legends”