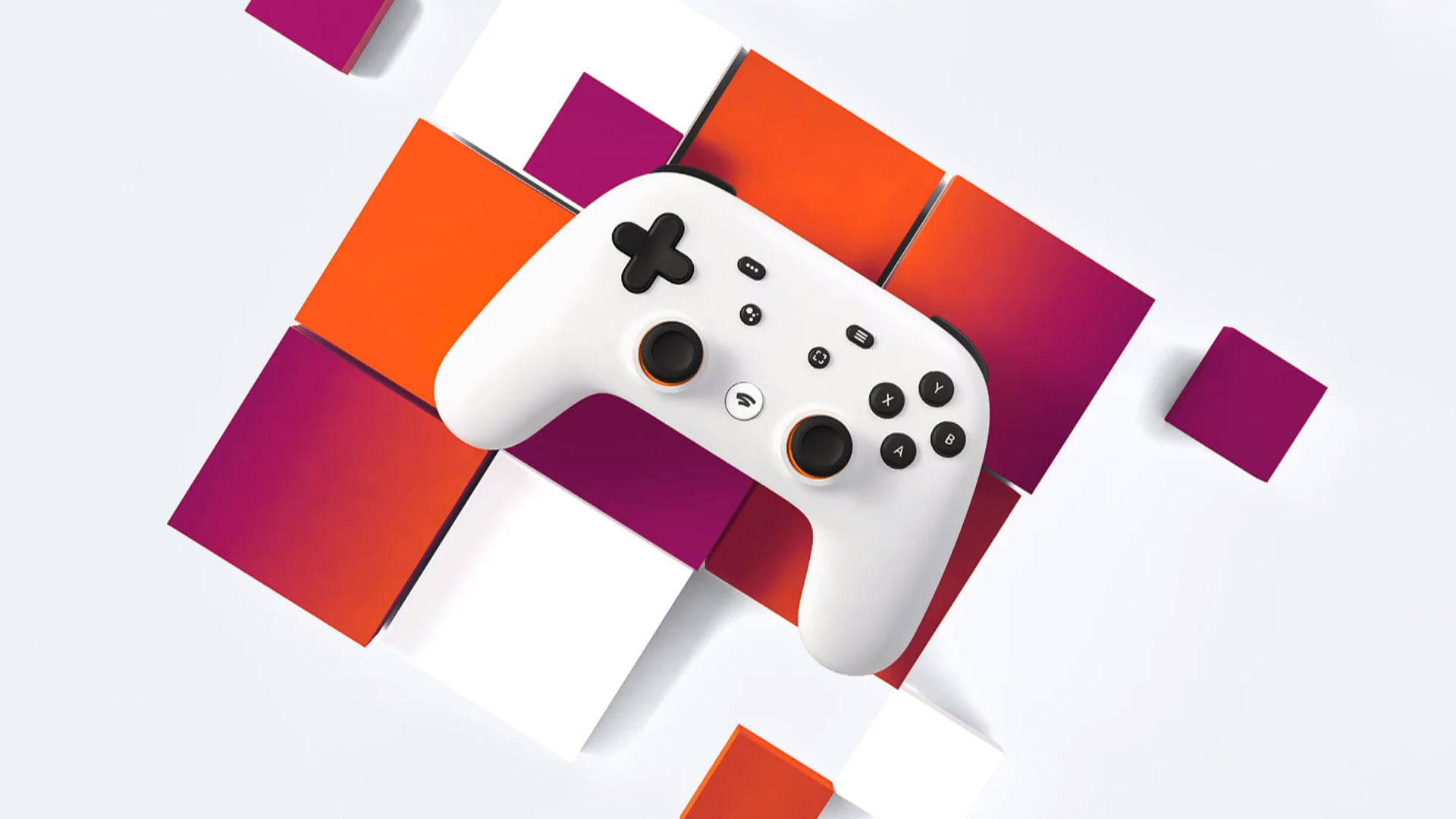 Home Console All You Need To Know About “Google Stadia”
Console

Stadia released in 2019 and of course one of my biggest complaints about it was just the confusion of the offering the kind of muddied waters of what the hell they were trying to even accomplish and things are now pretty cleaned up and streamlined.

So, first things first, there’s no like pay for early access stadia premium type of thing now it’s just stadia and stadia pro. Stadia is free you can go in and you can literally just purchase a game to then use on stadius platform so you no longer have to pay a subscription and then also buy the games but you can pay for stadia pro. This is the annual subscription of like 780 bucks a month and this gets you 4k streaming with 5.1 surround uh and it also just gives you access to free games every month. Like a playstation plus or an xbox games with gold it dulls out.

Some free games that you can then access and play and stream they also offer a trial so you can try out stadia pro for yourself and really now like I said the offering the whole thing is way more straightforward and much better and that even comes down to once you start browsing through the library there’s still no formal search function which is kind of weird for something.

This is made by google, but hey besides that the interface is pretty much the same as you’d expect from last time around but when you scroll through you see much better availability of games they have a lot of games and the offering is very improved.

I gotta say, I like it, I’m pretty happy with it especially if you’re thinking of just like the current state of games and like the recent releases and what’s going on you can hop in on this thing and play assassin’s creed valhalla or immortals fenix rising or the newest NBA 2k game or of course cyberpunk which we’re going to talk about a lot.

The Stadia still comes down to my main issue that I’ve had with it well one of my main issues is the fact that you have to buy a game and then it’s only on google’s platform. So you’re kind of locked to that stadia ecosystem where obviously you buy on any ecosystem you’re kind of locked to it. But what I like about the other ones is the different ways to play it like you have the option of having a console or streaming stuff like that with like xbox or geforce.

I still am not totally convinced on streaming because I’m really picky, I’m really particular, I like you know hardcore real actual a game coming from a machine directly. I also worry about I don’t have the greatest internet and I know a lot of other people don’t so I’m skeptical of that but say you do or say you travel a lot or you. Just don’t have the cash to plunk down for a console or pc hardware maybe this is gonna work for you.

The way it works now too where you don’t have to technically buy into a subscription you can just do something like, that’s one specific game that I want to play on the go streaming like maybe something like destiny or now with cyberpunk of course in the news everyone was talking about how cyberpunk actually kind of ran the best on stadia because there were the least amount of issues on it.

It was just streaming and you only had to deal with that the internet connection and that is the case cyberpunk does look very good here it is like the the better version of cyberpunk a game that I still think you know despite all the issues and all the very big problems the cd projekt red still a decent game down there and you can experience like this and it’s kind of cool especially because the performance is good there’s still inconsistencies here and there like I talked about last time but I still stand by the fact that like when this thing works it really works and the technology is incredibly impressive.

You can tell why google and and they definitely did put a lot of money behind it and there’s a lot of other streaming services and cloud services right now but it seems like google’s tech and responsiveness and latency is is really damn good you can be competent with some more intense games. I still don’t think it’s like something that you’re gonna do like a fighting game championship on but they are very playable that is of course how you’re playing it all comes down to inter internet connection of course that is very important you have to check your speeds you have to see what you can stream there are thresholds for 720p 1080p which we were playing at mostly and 4k.

The demands aren’t super intensive but again everybody has different internet networks everybody has different situations maybe bandwidth caps so that’s important but if you are playing this thing wired if you are streaming it to say a laptop that you have a hardwired connection to or even say you can you can actually hardwire some of the chromecast stuff then your experience is probably going to be really good and pretty seamless it has been so far for us but when you’re playing on wi-fi even with good wi-fi like you know the best new router and good fiber optic connection you still see some drops here and there and that’s unfortunate but performance is very good again for what it is if you are okay with streaming. I love these things like all of these different streaming services on phones.

I think that’s impressive I said last time stadia was the most impressive on a phone it seemed to run the best on phones and now they’re all kind of up to pair. But still on a phone is fun to experience things there are way more devices supported all types of android devices where at launch it was only pixel now way more people can get access to it not only that they did add like an on-screen touchpad touch controls for games. If you want that it makes games it’s like incredibly difficult for a lot of games. But the fact that they supported that and added that just in a pinch is pretty cool now the big elephant in the room is that technically there’s still no ios app there’s no iphone official real support because of how apple is of course I would say the blame is more on apple but there is a web app so you can access it through a web app through the browser on your iphone.

If you want to work around but still it seems like a laptop a computer a chromecast or an android phone are the best ways to experience this thing and sadie is doing a pretty decent job of rolling out some of the features that they have promised since it was announced there are things popping up but a lot of them are only supported for certain games like some of the multiplayer stuff. The shareability stuff that’s got to be supported by the developers of the games they have to implement a lot of those features so it’s going to be kind of like all over the place you might not see it everywhere the same thing goes for 4k support some games some developers may put their games on stadia but not go the extra mile and give it 4k support so if you do have a crazy badass internet connection and you are paying for stadia pro it’s not always a definite guarantee that you’re going to get this amazing 4k experience most of the time.

That is a thing but still there are the caveats I think all the streaming services do have the caveats here and there but stadia now seems to be less glaring it’s nice to just set up a bluetooth connection or a wired connection to your device with whatever controller you have lying around and then very quickly fire up a game things seem to start up faster specifically on the desktop side just in a browser. The experience is very cool very convenient and if you can’t tell I’m just trying to say here that I think stadia is a much stronger much more competent experience.

Personally I am someone who is still not into this style of playing games. But I appreciate people that do and I think google is at least backing this thing up they’re still supporting it they’re putting money into it there are new games. There are free games you get if you have stadia pro the actual offering of games a library is much much bigger now when the game first launched. It was like cool let’s play red dead or shadow of the tomb raider again now there’s so much more of an offering so if you are down with buying a 60 game on a platform where you can only play it through this streaming service then this could be for you there are still a lot of other options and a lot of a lot of other alternative ways to play games out there.

I’m happy that at least they are satisfied with the service and they are seeing it getting better I think that stadia does still have some sort of a future I think I said that in the old video because the technology is still very impressive and some people have been attaching to it.

Google has given some of the features they promised there’s more of a good content offering for the games. I think it’s still only very specifically for a certain type of player that’s very important to point out this isn’t like the end-all be-all for every type of player maybe even hardcore gamers but certain people with certain situations certain restrictions or certain needs whatever they may be might be satisfied with stadia.

Personally I’m still not but I respect the people that do that’s the bottom line and that’s how we should when we talk about video games but I want to hear from you guys in the comments if you’ve stuck with stadia for more than a year now. If you’ve had a subscription what are you thinking uh maybe you play all your games on there maybe you play one game on there whoever you are I want to hear your experience, comment down below.

thanks for sharing, keep up the good work and add more valuable content.