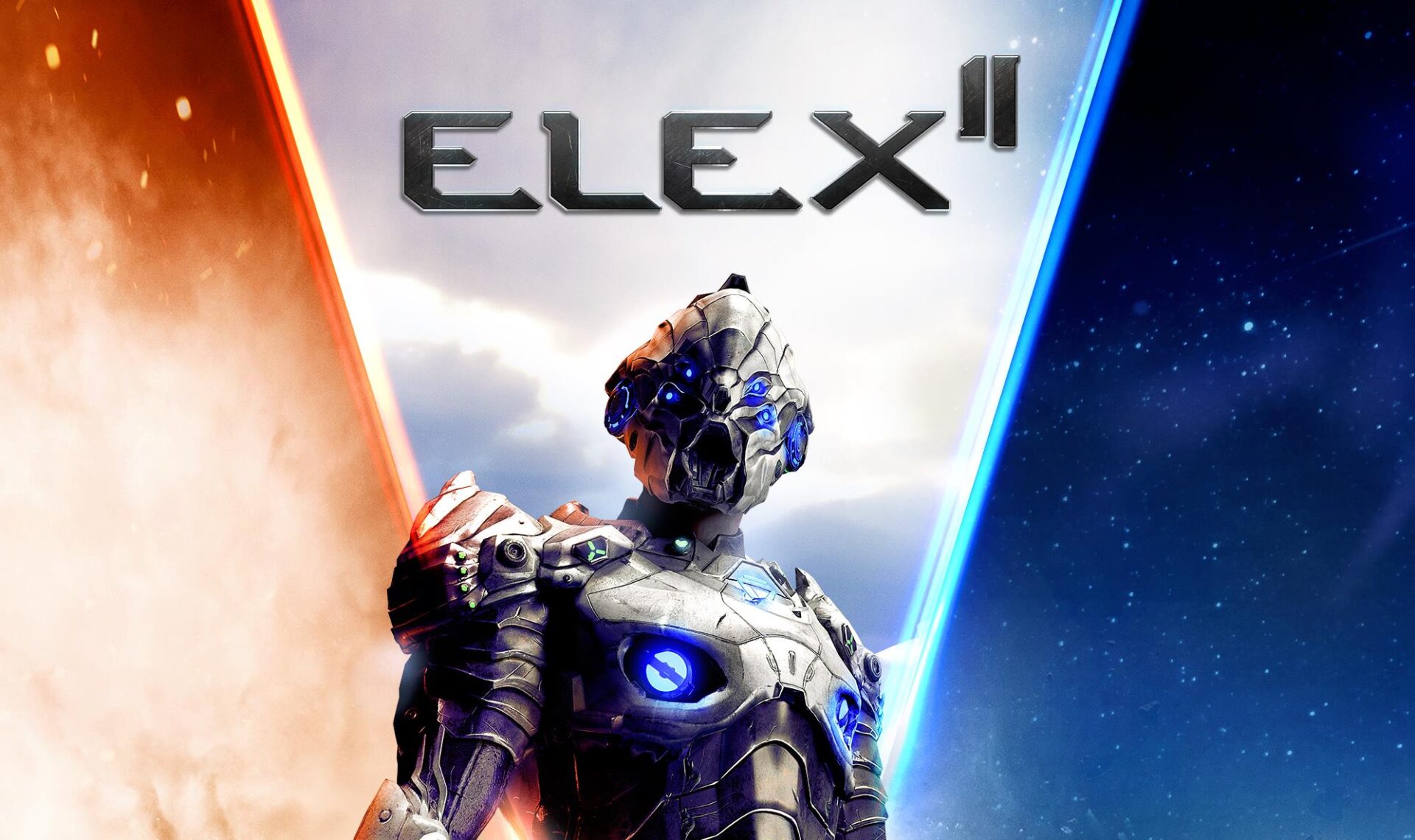 This is a Devolver Digital game, which that enough should tell you, because they put out some really interesting, sometimes quirky, games.

Looks a little more serious, but really cool. You’re a samurai-style swordsman going on an adventure, and it looks like it’s completely black and white and mainly in two dimensional planes, but with some really cool swordplay and just a good cinematic style. I don’t know. Sometimes it’s just a good single-player adventure with cool combat and cool style is all we need.

This looks like an excellent game for people who were fans of stuff more recently like “Ghost of Tsushima” or even something like “Onimusha,” over to more 2D adventure stuff like “Shadow Complex.” This one has a lot of potential, and we’re keeping an eye on it, and it’s releasing in 2022.

Nice surprise reveal was the fact that “Elex II” is a thing. The original “Elex” was a completely underrated game. Not a lot of people really talk about it anymore, but it was just a regular old, solid, sci-fi fantasy RPG. It released in 2017, and it did develop a little bit of a cult following, and now it’s getting a sequel. We don’t have a release date for it yet other than what we’ve seen. It says “Coming Soon.”

Which is a follow-up to the surprisingly great “Jurassic World Evolution.” We made it Before You Buy video on it, and we were surprised. It wasn’t like a crappy movie tie-in game. It was actually a pretty awesome “Jurassic Park” spin on a park-building formula, and now with a sequel, they could take it even further with a new setting, more dinosaurs, more gameplay concepts.

We’re pretty excited, and it’s not often that we get excited about a game with the title of a movie slapped on it, so we’re glad this game is getting another chance. And seemingly, if everything goes well, we’ll be playing it this year because they’ve said it’s releasing 2021.

This was revealed at the Ubisoft event. It’s likely going to be a multi-platform thing. There’s not really too much to go on it yet, other than that you know Ubisoft has that “Avatar” license, they probably feel like they’re sitting on a ton of cash with it, and they’re working on the next thing. It’s interesting that we’ve seen a glimpse of this before we’ve even seen a glimpse of James Cameron’s next “Avatar” movie.

Still, there’s plenty of those in the works, so it makes sense to make a game. You either love or hate the world of Pandora and the world of “Avatar.” I personally am pretty into it, so I’m excited to see where this goes. Hopefully, it’s not too Ubisofty.