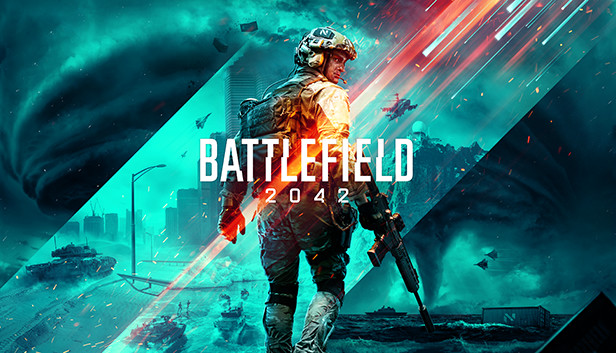 We have got a new look at “Battlefield 2042,” with “Battlefield 2042” Portal Mode being highlighted. This is the completely freeform mode, where you’re able to create your own game modes, your own scenarios, all your own rules, and they really blew it out with just more Easter eggs and references to other Battlefield games, kind of going for that fan moment, just kind of trying to give the fans what they want.

We got a little tease for “Bad Company,” which I appreciated that Easter egg. But this Portal Mode is going to let you take advantage of stuff from all different various Battlefield games, different factions, different maps, but one of the funniest things they highlighted was a mode that is literally a modern-day medics with defibrillators versus Nazis with knives.

I don’t know. I love dumb things like that in games, so it’s perfect. People are still very skeptical about “Battlefield,” EA, the price for this multiplayer only game, rightfully so. That’s a good conversation, but at least they’re showing us some fun stuff here. So we’re just gonna have to wait and see until the final release.
The big thing, of course, from EA Play.

The last moment of the event was the official reveal of the long-rumored “Dead Space” remake. That is officially what it is. It is a remake of the original game, taking elements from the other games, 2 and 3, kind of reimagined with insane, crazy graphics. That’s what they’re saying. It’s gonna be Frostbite engine. It’s developed by EA Motive, most recently behind “Star Wars: Squadrons,” which I think is actually kind of a good thing.

There are some community members that have been consulted on this game. It is also going to have no microtransactions, apparently. That’s according to what they’re saying. So we’ll see it when we believe it. So this is divisive, of course, and a lot of people are conflicted, for good reasons.

EA, of course, a lot of people are skeptical because EA makes some bad moves. “Dead Space,” on the other hand, it’s nice to see it back. But on the other hand, I also, I think we’re both of the type here that we didn’t really think it needed to be remade. It still holds up pretty well.

So what’s the direction here? What are they going for? And is this just EA’s way of trying to win back public favor? I don’t know. Personally, I’m at least a little happier with them lately in terms of what I’ve been spending money on, in terms of “Jedi: Fallen Order” and “Squadrons.“

This is said to flesh some things out and expand on some some plot or some holes or some things that didn’t go anywhere, so I’m curious to see just maybe if they develop more horror elements, more of Isaac’s struggles in his head. I don’t know.

I’m cautiously optimistic for this one. I know some people, the original “Dead Space,” it’s their favorite game, so they probably can’t help but be excited. So I want to hear from you guys in the comments, what you’re thinking about this one.

Looking for more…. Keep up the good work