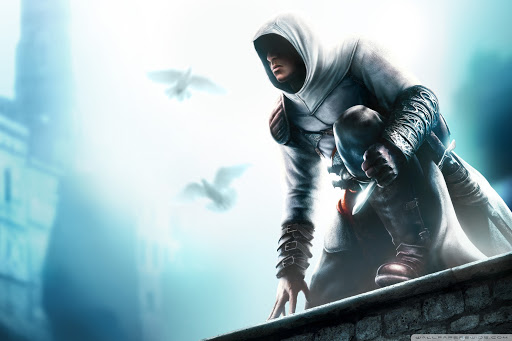 Wanna have some taste of Ps games while in your phone, well we got you covered on that. Here are the list of best ppsspp or PSP games which you can play in your phone. So, let’s get on to it.

This is the third person hack and slash game the game’s story line is drawn from movie Garth Enos and Jimmy Pamiotti. Players can play as on foot and as hell cycle the villains are both form the movie and from comic.

The game features system reminiscent to that of god of war and devil may cry even having same control and style of attack. The game controls as given by the ppsspp eliminator. The game looks decent and good to play with graphics are now so much high but you will enjoy playing it.

This the third person action adventure puzzle game in game you play as Prince who has extraordinary acrobatic abilities the Prince can run up in a long walls. The Prince is also a champion sword fighter.

In this game you will be fighting lots of sand creatures and a few bosses too. Overall it’s a best game for those who love Prince of Persia franchise. The gameplay is better in ppsspp mobile.

This is an action adventure game played by third person prospective a in which the player controls Aldo. He ascended to the rank of Corleone family. With his rise and interesting narrative of the film on numerous occasions.

The basic game play and game machines are similar to most open world titles as a player can travel freely and ride a car or bus on wish and do whatever they want to in terms of attacking or killing innocent people. Those who love GTA and mafia series can give it a shot.

Aftermath is better suited to the players who like playing action horror series and the want better odds of finishing the game. With minimal feeling of helplessness and dread it is surprisingly good game with better graphics and better storyline.

It’s genuinely worth it for some fun co-op. With intense atmosphere and beautiful music. Release for ppsspp makes worth it.

It’s a simple game presented in third person platform perspective. The player can explore various different areas in open world environment and can perform several mealy attacks a substance a substance called eco can be manipulated by the person’s ability.

It’s a third person perspective platformer game. With the taste of action adventure which is set in open world. Players take on the role of spider man in complete missions with linear scenarios with set objectives.

Missions are structured in a non linear manner like in the GTA series. Meaning the game features multiple story’s and characters all along.

It’s and action adventure game set in an open world environment and played in the third person perspective. Structured similarly to others release from the GTA series. The story changes with the game. You can live like the gang member or take part in missions to take your power hold on the gang.

The game is as similar as GTA vice city and storyline too. The difference is the experience in the mobile and one in the PC.

This is original story line filled with the classic characters from the comics books. The explosive battle system with contextual grappling command lets players experience hell boy supernatural might.

Players play hell boy in third person perspective as they progress through a series of levels broken up into six classic chapters.

This is an action adventure stealth game set in an open world environment and the best news is you enjoy playing this game in your mobile phone in the go. In this game you will be back to your past to find out the history of the great assassins who carry your genetic features. It’s is Altair and you have to find out the latest Templar who flew to the holy land to retrieve the island of cypress.

God of war ghost of Sparta.

The most popular game for PS and PSP user. This action adventure game is full of mythological twists and a striking story. The game has many combat to keep your thumbs busy for many hours. The story is based upon the mythological hero called Kratos. The game looks great better then chains of Olympus.

So these are the top 10 best games for ppsspp mobile.

For Upcoming Xbox exclusive games tap to the link below –